Lost Foam Casting is a kind of technology for precision casting, which is also known as evaporative pattern casting, cavityless casting, non-cavity casting. The dimensional accuracy of the technology is up to 0.2mm, and the surface roughness has reached to Ra5μm ~ Ra6μm , which is known as "new foundry technology in the 21st century" and "green engineering for casting" in the foundry industry.

In simple terms, lost foam casting technology is to make a melting vanishing model with fusible materials, vaporize the model at high temperature, pour molten metal into it, and remove the shell after cooling, so as to get the casting.

With the rapid development of 3D printing technology, combined with the application of computer technology, the 3D design drawing of products can be directly imported into the equipment, so that the casting prototype can be directly obtained, which can be used to replace the traditional wax molding. From the structure design of the precision casting, process formulation to the design and manufacturing of compression, and wax mould molding, there have been great changes on the production of precision casting.

In the traditional precision casting which used the method of pressing wax  mould and casting by opening the mould, wax mould needs mould, so the production of small batch complex parts is faced with the problems of high cost, long cycle and difficult to modify repeatedly in design verification.These problems will be solved in the use of 3D printing rapid precision casting, which can achieve rapid production of castings.

What is Rapid  Precision Casting of SLA3D Printing?

SLA(Stereo Lithography Appearance) is a 3D printing technology with high precision and good forming quality. It uses SLA light curing 3D printing technology to directly print the resin mold instead of the traditional casting wax mold for casting production, which can save the link of wax mould opening. It is a rapid prototyping technology that can meet the requirements of precision and surface quality of casting industry at the same time, with high success rate and more environmental protection.

With UV ultraviolet light source, liquid photosensitive resin as raw material, under the control of the computer, according to the cross-section data of three-dimensional graphics, it can print layer by layer and accumulate for molding by this technology. A light-cured prototype for precision casting must be made hollow so that the uncured resin can be poured out after printing to form a hollow shape. The next step is to seal the outlet of the resin and then install the wax pouring system to make the shell. The wall thickness of the vacuumed prototype can be made into a 0.6mm sheet state. When fired, it will volatilize and vaporize, so as to achieve the impurity free state completely. It is an ideal casting process, which is suitable for the production of high strength, large size and high precision parts casting.

1.It makes precision casting production more flexible, more adaptable, which is suitable for the modern industrial requirements of high quality and complex casting.

2.In the application in structure design and process formulation of precision casting, it provides an effective basis for technicians to design a reasonable casting structure and determine a reasonable process plan.

3.The manufacturing cycle has been greatly shortened by eliminating the process of making mould and wax.

4.Through this technology, it can produce any complex structure of casting with good quality and high precision.

5.This technology has the characteristics of relatively low cost, flexible design, clean and environmental protection, suitable for complex castings, etc., which is in line with the general trend of casting technology development in the new century and has broad development prospects.

When to use the technology of SLA rapid precision casting?

- When the design is not finalized, it can be used for technology design optimization

- It can be used when there is less time for deliver.

- When the quantity is too little(less than 50 pieces), and it is not suitable to open the mould, it can be used .

- When the structure of the parts is special, the mold can not be opened, it is generally used for lightweight and parts with special-shaped surface structural.

- It can be used when it is necessary to test parts to prove a concept. 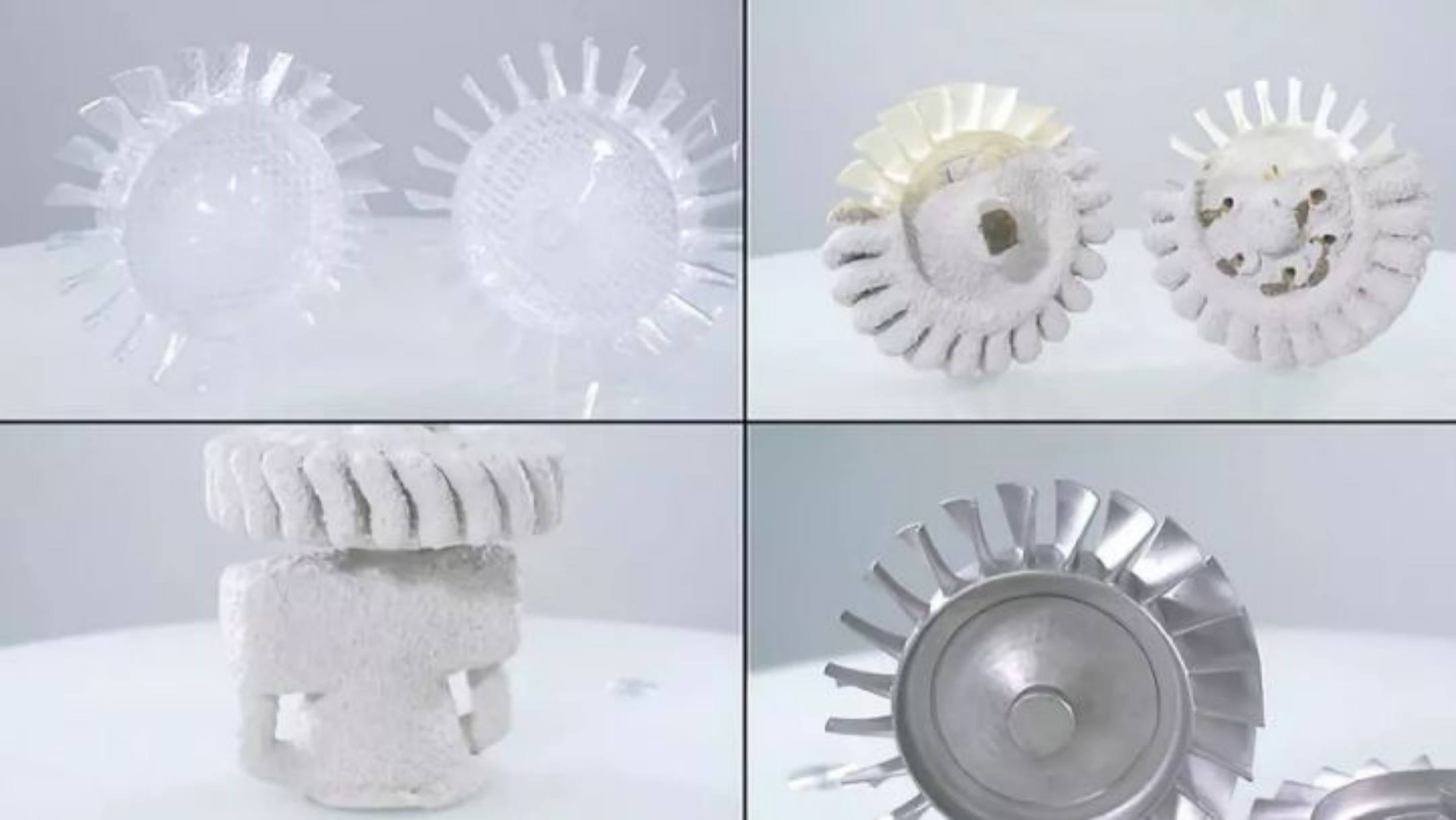 At present, 3D printing technology is a more advanced manufacturing technology, which is combined with traditional precision casting technology to get rid of the impasse of traditional precision casting alone. In recent years, it has been rapidly developed and applied. From the perspective of the current situation, it is gradually eliminating backward production capacity and high energy consumption and pollution industries with unique advantages, and playing to their respective advantages to complement each other and realize more possibilities of precision casting. Its future development prospects are broad.